Preparing for an Ayahuasca Retreat, Part 2: The Diet

I spent twelve days in the Amazon rainforest attending an Ayahuasca retreat where we drank the brew on seven nights. It was both the most difficult and the most therapeutic experience of my life. In part 1 of this blog series I discussed some preliminary considerations. Here in part 2 I'll be discussing the preparatory diet, which helps minimize the chance of adverse reactions, and which helps prepare your innards for the potentially grueling task of drinking Ayahuasca. (The video version of this post can be found here.)

Read more »
Posted by Nicholas Floyd at 10:46 AM No comments:

I spent twelve days in the Amazon rainforest attending an Ayahuasca retreat where we drank the brew on seven nights. It was both the most difficult and the most therapeutic experience of my life. If you're thinking of trying Ayahuasca, here are some things to consider before taking the plunge. (The video version of this post can be found here.)

Read more »
Posted by Nicholas Floyd at 11:32 AM No comments:

Book Review: The Doors of Perception / Heaven and Hell

When I first read Aldous Huxley's The Doors of Perception / Heaven and Hell, most of it was lost on me, and I assumed this was because at the time I lacked any experience with psychedelics. The second time I read the book — many years and many psychedelics later — I still found myself struggling to follow along. I generally don't write negative reviews, but I think this book offers at least two valuable lessons to writers.
Read more »
Posted by Nicholas Floyd at 5:25 PM No comments:

Expanded distribution for You Can't Spell Tokyo Without K.O.

Rejoice! Amazon's reign of exclusivity rights has ended! In addition to the paperback and Kindle versions, You Can't Spell Tokyo Without KO is now available at Apple iBooks, Barnes & Noble, Kobo, Scribd, and maybe even at your local library (if your local library's curator has fine taste in books). 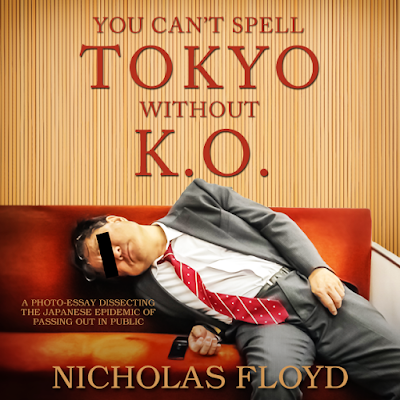 Posted by Nicholas Floyd at 2:36 PM No comments: